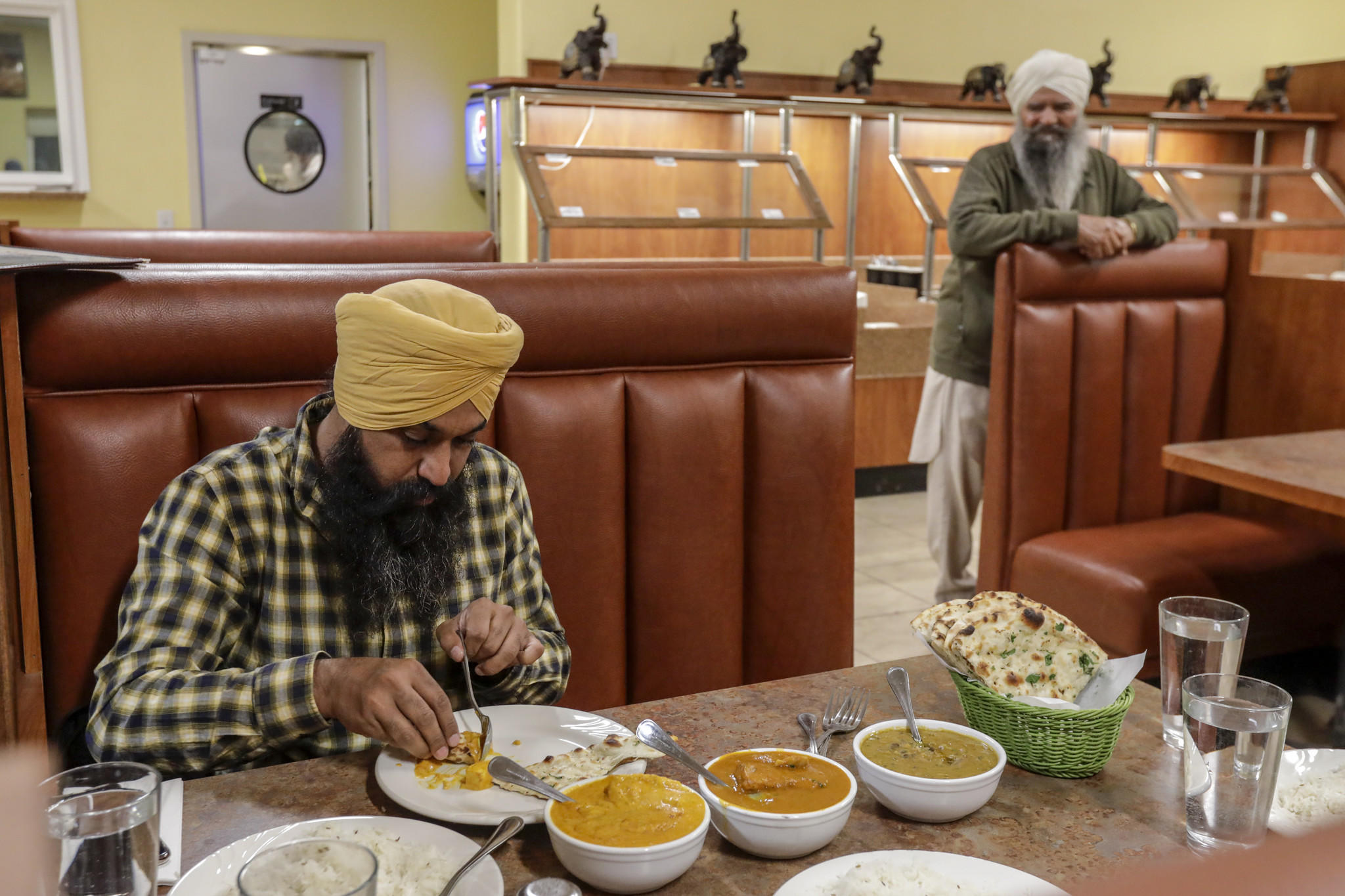 It reminds Pal of the time he was paying his bill at another gas station. A man suddenly shouted at customers to “get out, he’s going to blow up this place!” “I will not fight you,” Pal calmly replied. The man left. Those kinds of instances are rare, but Pal always senses their danger. Some of the most violent attacks on Sikhs this century have been at the hands of people who mistook them for Muslims or Arabs, including the case of a turban-wearing Sikh man in Arizona who was shot dead by a gunman four days