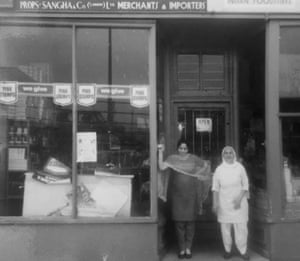 The shelves emptied as rapidly as they had been stocked with spices, chapatti flour, lentils and other products not available anywhere else: Britain’s love affair with curry was still several years away.

Sangha’s story forms part of Panjabis of Southall, a Heritage Lottery Fund project. It tells the history of the largest Punjabi (or Panjabi, the more traditional spelling) community outside India and the pivotal role it played in shaping the destiny of millions of other Asians who came to Britain. Researchers have gathered rare photographs and oral testimonies, and are working on a film.