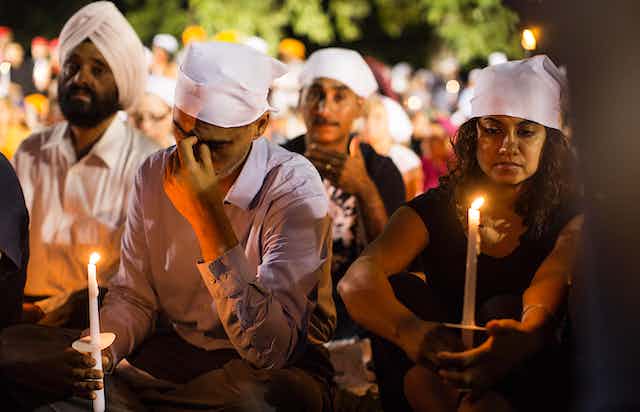 I recall journalists covering the massacre not knowing much about the Sikh community. One anchor referred to the gurdwara as a mosque and referred to the murdered as Muslims. Another reporter described the gurdwara as a Hindu temple. A third described the Sikh religion as a sect of Islam, using the term “sheikhs” rather than “Sikhs.”Scholars and government officials estimate the Sikh American population to number around 500,000. Cultural ignorance has often made them targets of bigotry.

Source: American Sikhs are targets of bigotry, often due to cultural ignorance